THE STRAWBERRIES are the most antioxidant fruit grown around the world today and they are a good example of the symbiosis of two worlds. This symbiosis is from the European strawberry which is smaller, daintier, and more aromatic and the American variety, which is larger and more resistant, but less sweet.  Strawberries are grown in sandy temperate regions around the world. They are also found growing wild in mountainous regions of Europe and America. 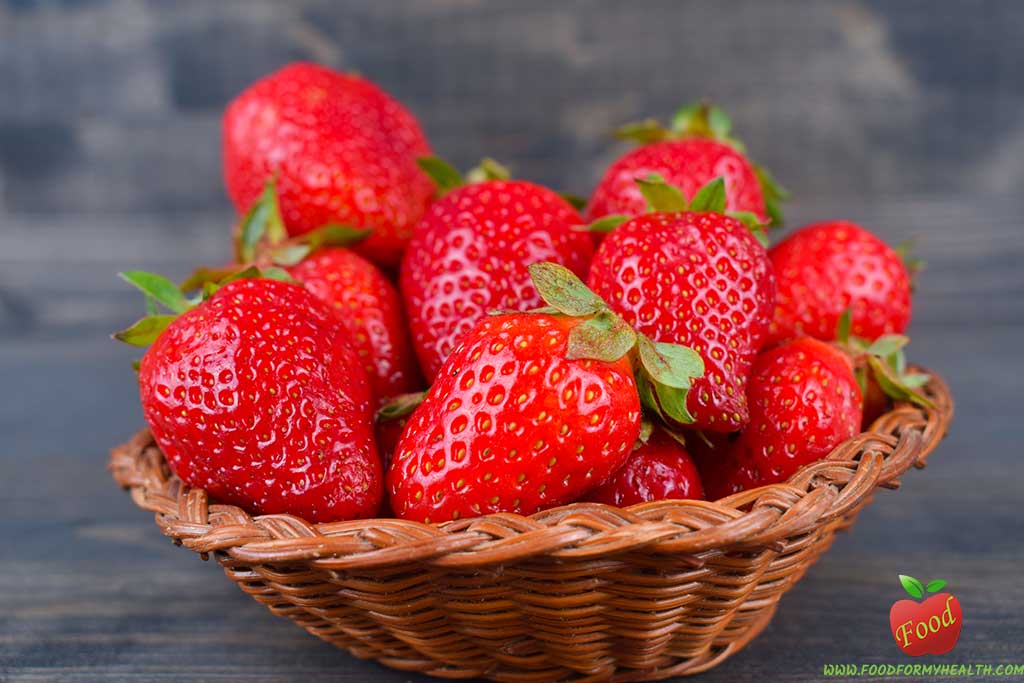 The antioxidant action of straw­berries neutralizes the so called free radicals that oxidize lipopro­teins. This oxidation process, if not checked, results in cholesterol de­posits on arterial walls and arte­riosclerosis. Strawberries are particularly ap­propriate for those working to im­prove blood circulation in the ar­teries.

The strawberry is among the fruits with the lowest calorie content (30 kcal/100 g), lower even than melons (35 kcal/ 100 g), or watermelon (32 kcal). Its protein, fat, and sodium content is also very low. Sugars are the most significant nu­trient in strawberries, together with modest amounts of vitamin C, folates, potassium, and iron, which amount to about 5% of their weight.

Strawberries are a good source of di­etary fiber: One hundred grams supply 2.3 g of fiber, which represents about one tenth of RDA (Recommended Di­etary Allowance) for an adult.

Although strawberries contain a va­riety of organic acids, such as salicylic acid and oxalic acid, their metabolic effect is highly al­kalizing.

The color of strawberries comes from vegetable pigments known as ANTOCYANIDINES, which are similar to bioflavonoids. The antocyanidines found in certain fruits such as straw­berries act as powerful antioxidants, in addition to re­ducing the synthesis of cholesterol in the liver. 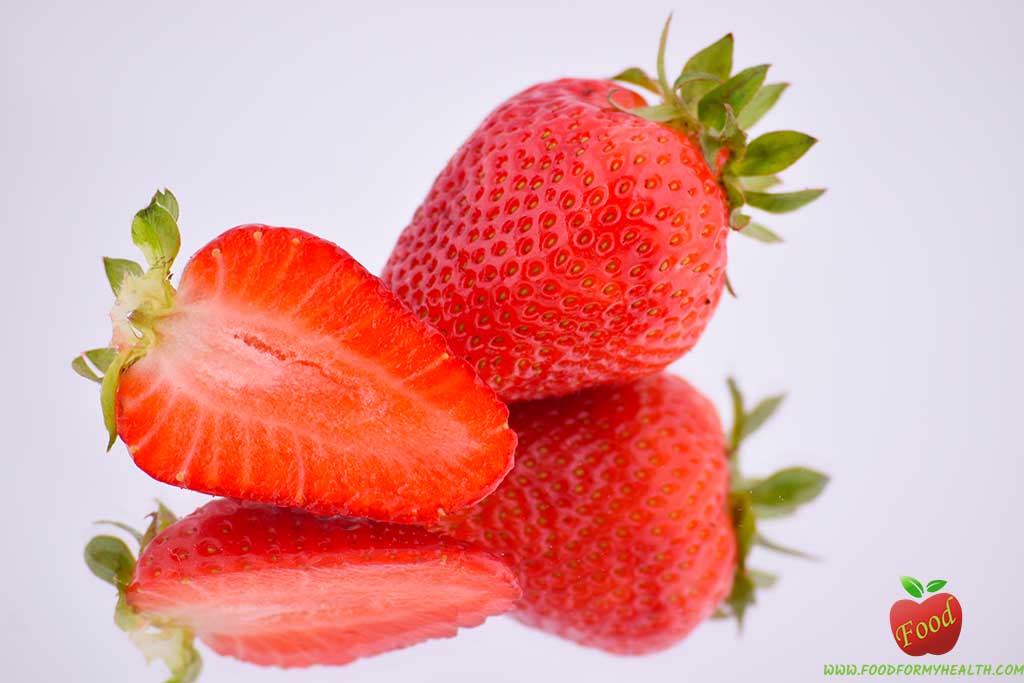 A study carried out at Tufts Univer­sity in Boston (USA) demonstrated that strawberries have the greatest an­tioxidant capacity of any fruit, fol­lowed by plums, oranges, and grapes. The antioxidant capability of straw­berries is due primarily to their vita­min C, bioflavonoid, and antocyanidine content.

Strawberries composition, as well as their antioxidant and alkalizing properties, makes them particularly indicated in the following cases:

Arteriosclerosis: Because their great antioxidant capability, which neutral­izes the effect of free radicals, straw­berries are an effective means of avoiding arteriosclerosis (the de­positing of cholesterol on artery- walls, which later thicken and be­come narrow). Strawberries also con­tribute to arterial health by their lack of fat and sodium, and their richness in potassium, a mineral that prevents hy­pertension.

Eating strawberries regularly during the spring and the first months of summer helps prevent arteriosclerosis and avert its further development. Strawberries should be included in the diet of those who have suffered a heart attack or angina pectoris, as well as when there is poor circulation to the cerebral arteries or to those of the lower limbs.

Excess uric acid: Strawberries are di­uretic (they increase urine production) and facilitate the elimination of uric acid with the urine because of their al­kalizing effect. Because of this, straw­berries are recommended in cases of gout and erratic arthritis.

Constipation: Because of their rich­ness in soluble vegetable fiber, straw­berries facilitate passage of the feces through the intestines. They also decongest venous circulation in the por­tal system (veins in the bowel), thus they are useful in cases of hemor­rhoids,  ascites (fluid in the ab­domen), and liver disorders such as chronic hepatitis and cirrhosis.

Strawberries have two potential side effects:

Allergic reactions due to their salicylic acid content. This usually manifests itself as itch­ing and skin rash. Individuals who are allergic to aspirin tend to be allergic to strawberries as well, and vice versa

Kidney stones: Individuals with a tendency to form oxalic kidney stones should avoid eating large quantities of straw­berries. This is because of their oxalic acid content, which when eliminated through the urine forms calcium ox­alate, an insoluble substance that forms calculi (stones). However, there are investiga­tors believing that moderate strawberry consumption pos­es no risk to those with kidney stones.

This site uses Akismet to reduce spam. Learn how your comment data is processed.