Apricot is fruit that give sparkle and beauty to your eyes and is famous as one of the most known traveled trees.

Its center of origin is China from where apricot tree spreads to India and in Europe was brought by Alexander the Great on the return from his con­quests in India. From where it passed to Rome, from where its cultivation spread throughout the Mediterranean region. In the 18th century it was taken to North America, where it acclimated to California and states along the Mis­sissippi River. 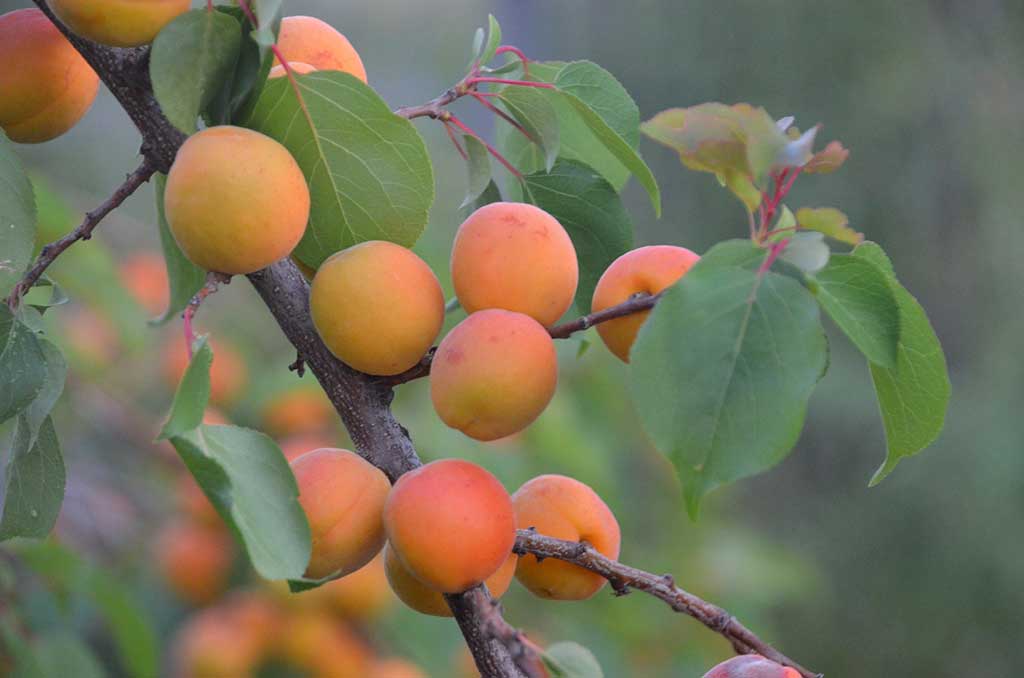 The apricot is now cultivated in temperate regions on every continent, especially in the Mediterranean. The apricot is a small tree, 8–12 m (26–39 ft) tall, with a trunk up to 40 cm (16 in) in diameter and a dense, spreading canopy and the average lifespan of an apricot tree is 15 to 20 years.

Apricots are usually eaten with the skin. Because of this, the ideal is to eat those grown organically to avoid ingesting chemical products such as pesticides that impregnate the skin and are difficult to remove even by thorough washing.

Its attractive orange color, its pleas­ant aroma, and its delicious sweetness have made die apricot one of the fa­vorite fruits of the summer season.

The impressive health benefits of apricots are due to the content of vitamins, besides being delicious, dried apricots are a good source of provitamin A because of their richness in beta-carotene. 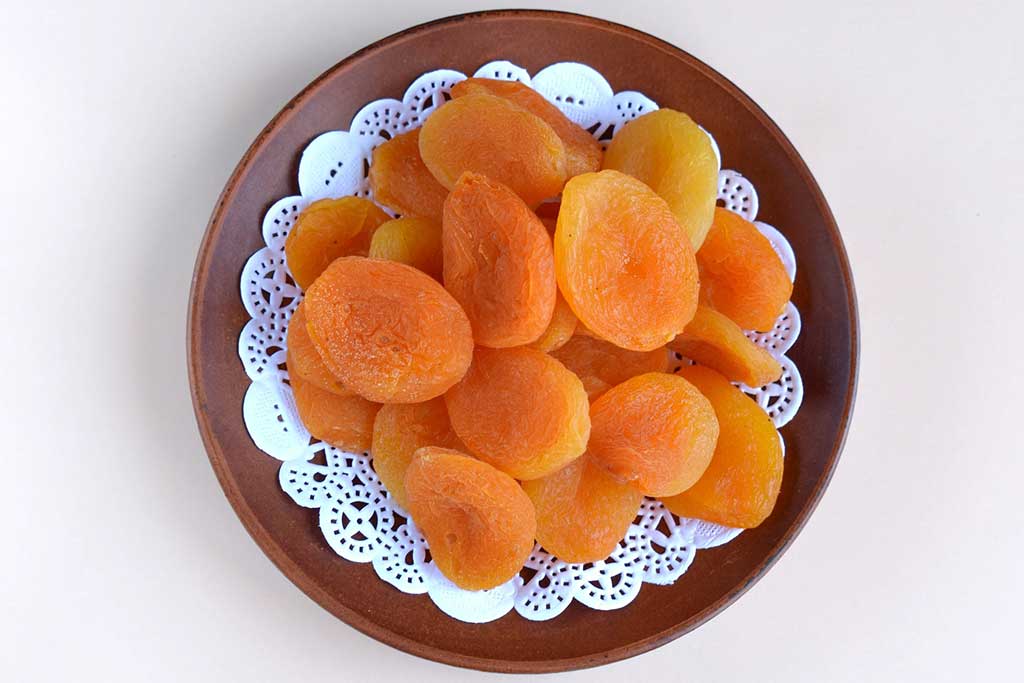 Dried apricots and marmalade allow this pleasure to last through the win­ter, as well. 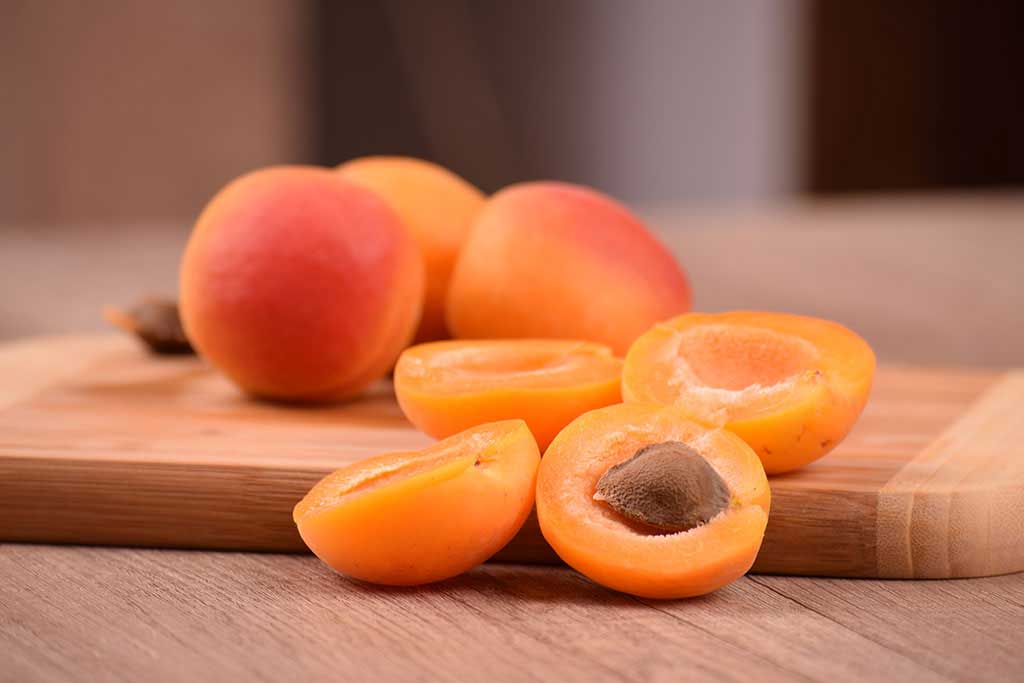 The apricots are sweet to taste and used in the preparation of jams, jellies, squashes. The fact that the apricot has low calorie content (about 48 kcal/100 g) makes it an excellent part of weight-loss di­ets. It has an alkalizing effect because of its richness in alkaline mineral salts. It is particularly noted for its low sodi­um content and its high levels of potassi­um. It contains various trace elements of great physiological importance, such as manganese, fluorine, cobalt, and boron. It is rich in sugars (fructose and glucose).

However, the most important com­ponent of apricots, whether fresh or dried, is beta-carotene or provitamin A

They are particularly beneficial in the following cases:

Diseases of the eye: Consumption of apricots maintains vision in good condition and gives the sparkle and beauty to the eyes that are character­istic of good health. This is not due exclusively to the action of provitamin A, but also to the combined action of other vitamins and minerals that ac­company it.

Apricots are recommended in cas­es of conjunctival dryness, chronic ir­ritation or itching of the conjunctiva, loss of visual acuity due to retinal at­rophy, and night blindness.

Anemia (due to lack of iron): The iron content of fresh apricots is not significant, whereas it is in the dried fruit. For reasons that are not well understood, the results achieved through their use in the treatment of anemia are far superior to those that would be expected given their low proportion of iron. This may be be­cause of the presence of other sub­stances in apricots that facilitate the absorption of iron.

That it has been ex­perimentally proven that apricot treatment provides results similar to those or beef liver in cases of ane­mia due to loss of blood.

The amounts of provitamin A and iron found in apricots are actually quite small compared to the large doses that pharmaceutical prepara­tions may contain. In spite of this, the results obtained from regular con­sumption of this fruit are superior to those to be expected from their con­tent of iron and provitamin A.

This is one of the most surprising facts in nutrition science. It has been sci­entifically explained only in the last few years. The happy combination of vi­tamins, minerals, and other chemical substances present in natural foods enhances their action. The results ob­tained by the use of natural whole foods are superior to those obtained by their isolated and purified compo­nents as found in pharmaceutical preparations.

Disorders of the skin: due to their content of provitamin A. Apricots increase resistance to infec­tions. They are recommended for chronic pharyngitis, sinusitis, and eczema.

Nervous disorders: The apricot’s properties of main­taining equilibrium within the ner­vous system and recommends it in cases of asthenia, depression, ner­vousness, and lack of appetite. These effects are attributed to the apricot’s richness in trace elements. 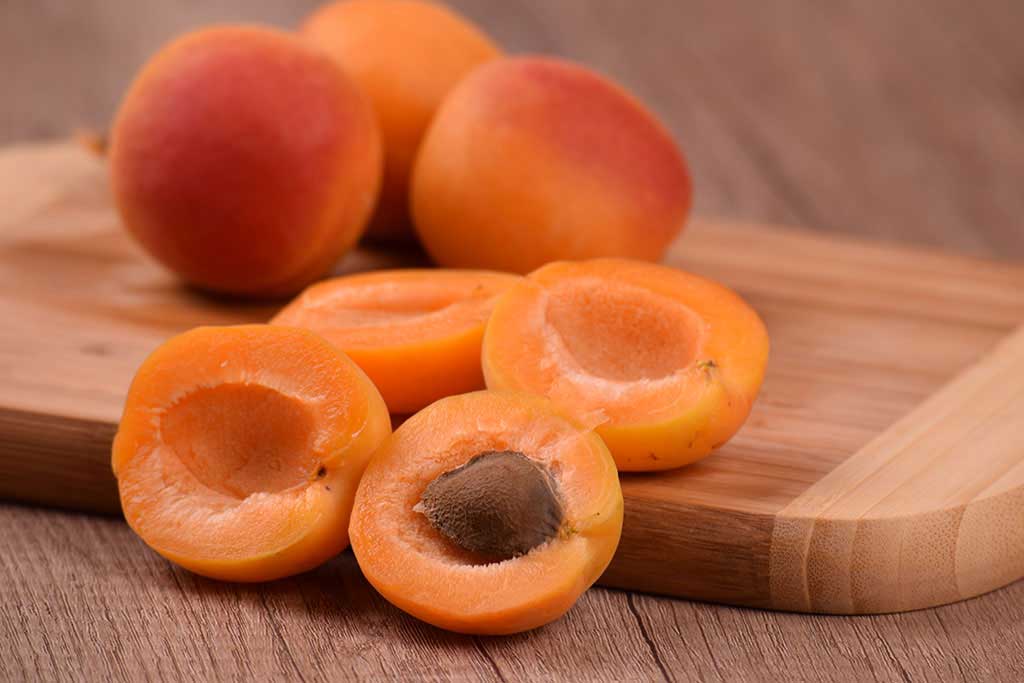 What are apricot kernels?

An apricot kernel is the seed of an apricot and it’s similar in appearance to as a small almond. Fresh apricot kernels are white. The skin becomes light brown when dried out. They contain protein, fiber, and a high percentage of oil, which people can extract from the kernel.

Can they help fight cancer?

Apricot kernels may have some health benefits, and some people have suggested that they may help fight cancer.

Scientists have proposed that a compound called amygdalin, present in apricot kernels, may be a way to eradicate tumors and prevent cancer by stopping cells from reproducing.