Why Should We Use Chia Seeds? – So Small And So Nutritious

The world is simply crazy for chia seeds, and not without reason, it is a versatile ingredient easily combined in most recipes. It is a plant Salvia Hispanica, which belongs in the mint family, originating from South America. The word “chia” in the Mayan language means power, which says enough about the importance of this seeds. Despite the fact that they were very appreciated by the Aztecs and Mayans, its benefits are recently recognized by the scientists and considered a very important food ingredient. Chia seeds are rich in antioxidants, which protect the body and, most importantly, prevent the formation of free radicals, which can cause cancer. Due to the large amounts of fiber, these seeds can absorb 10 to 12 times more water than their volume. Abundant in protein and omega-3 fatty acids, almost 14 percent of chia seeds are made of proteins, which is quite a lot comparing with other plants. Proteins are very important for maintaining good health and contribute to the feeling of satiety, but more important thing to know is that vegetable proteins are better digested than animal proteins.

So what are the health benefits of consuming this plant?

They are abundant in protein and omega-3 fatty acids:
Almost 14 percent of chia seeds are made of proteins, which is quite a lot comparing with other plants. Proteins are very important for maintaining good health and contribute to the feeling of satiety, but more important thing to know is that vegetable proteins are better digested than animal proteins.
They reduce the risk of heart disease and diabetes:
We already said that chia seeds are rich in fiber, protein and omega-3 fatty acids, and that is the main thing that protects the cardiovascular system, the heart and blood vessels. Because chia seeds are rich in alpha-linolenic acid and fiber, the two main important things that can help prevent metabolic disorders like dyslipidemia-excessive fat in the blood-and insulin resistance which are two factors in the development of diabetes.
They strengthen bones and blood:
Chia seeds are rich in nutrients important for bone health – calcium, phosphorus, magnesium and protein. Only 1oz (28g) contains 18 percent of the recommended daily intake of calcium, much more than in most dairy products. Therefore, they are great source of calcium and good for those people who are intolerant to lactose or dairy products.In addition, 3,5oz (100 g) contain as much as 97 percent of the recommended daily intake of iron, which is great news for anemic people.

How should we use this miraculous ingredient?

Chia seeds are very easy incorporated into the diet. They have a neutral taste and slightly nutlike flavor, so you can add to any meal. They are really small and don`t need to be grinded which makes them very easy to prepare. They can be eaten raw, soaked in juice, added in porridge and puddings or in various pastries. Or simply add them over your favorite cereal, in yogurt, vegetable dishes or rice, many possibilities for consuming.
Because of their ability to absorb water and fat, chia seeds can be used as thickeners in sauces or as a substitute for eggs in vegan recipes. By adding chia seeds in meals the nutritional value increases. Most people can tolerate this kind of food, but if you are not accustomed in consuming large amount of fiber it is possible to have indigestion problems so be careful don`t eat too much at once. The usual recommended dose is one tablespoon twice a day.

Here are two simple and tasty recipes with chia seeds: 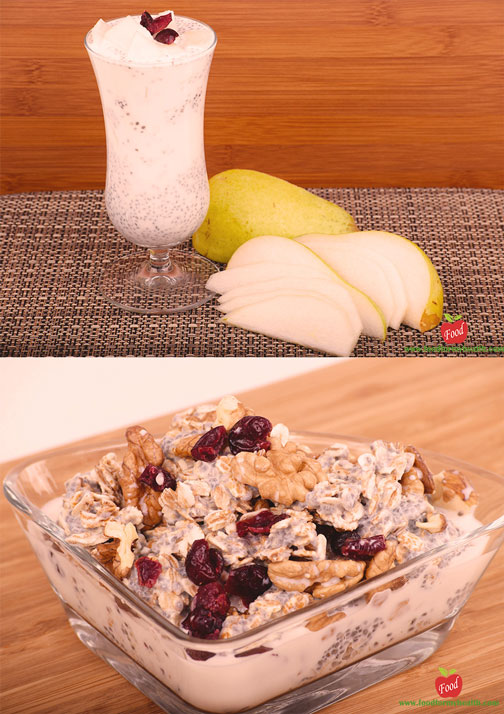