Meals can be even more healthier if some spices are added. Many of them have a positive effect on the heart and can lower the level of glucose in the blood or regulate insulin resistance. If you use them every day, you will be healthier and in the same time, you will reduce the intake of salt, which has harmful effects on the kidneys. Next time when you prepare your meals, use cinnamon, ginger, fenugreek, turmeric. Do not be afraid to experiment and try different combinations of these aromatic and healthy spices.

Ginger because of its health benefits is used in the treatment of many health problems. It is a good source of vitamins A, C, E, vitamin B complex, magnesium, phosphorus, potassium, silicon, sodium, iron, zinc, calcium, and beta-carotene. Ginger is particularly popular in Ayurveda in India and has been used for hundreds of years for a variety of health problems. But that’s not all. In Australia, in Sydney a few years ago was conducted a study and it was discovered that ginger helps regulate blood sugar!

Besides being a good blood pressure regulator, garlic has anti-diabetic properties, as it helps in the regulation of glucose and triglycerides in the blood, according to some studies. The results of the study suggest that regular use of supplement based on this aromatic plant may slow the development of certain complications of diabetes, strengthen the immune system, and fight against various infections.

Turmeric is used by the practitioners of traditional Chinese and Ayurveda therapies, which primarily emphasize its anti-inflammatory properties. Modern science has proved that turmeric reduces insulin resistance, and that has the ability to relieve inflammation as a result of diabetes. It is considered also that turmeric is an excellent source of energy. 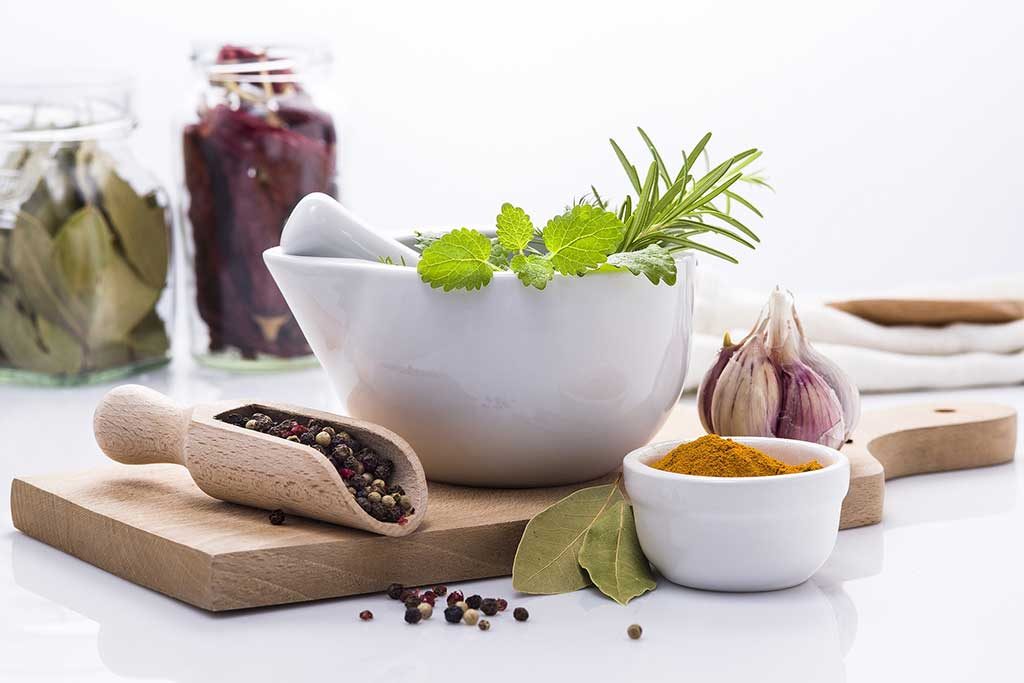 Indian experts concluded that this spice, if ingested in therapeutic doses, significantly lowers glucose levels, improves the lipid profile, stimulates the beta-cells of the pancreas to release insulin and has a beneficial effect on the health of the liver and pancreas. Even if these claims are still waiting for official medical confirmation, this should not prevent you to enjoy its beautiful aroma.

Cayenne pepper is very helpful in controlling diabetes because it improves weak circulation due to increased blood sugar levels, which eventually destroys the blood vessels. And if you are overweight, it can help speed up metabolism and burn calories faster. Just add a pinch of this spice in the dishes that you consume daily.

Studies have shown that fenugreek is the right choice for people with diabetes. Experts from the Center for Research of diabetes in India say that the extract and the seeds of this plant, if consumed daily, significantly lower the blood sugar levels and reduce insulin resistance. Seeds of fenugreek have a distinctive, strong and aromatic odor and bitter taste.

Results of scientific studies have shown that half a teaspoon of cinnamon per day can lower blood sugar. A study conducted on 30 patients with diabetes had significantly lower glucose, triglycerides and cholesterol in the blood after drinking this spice as a tea for 40 days. Therefore, the next time you make apple pudding, rice pudding or oatmeal, do not save on the cinnamon! If you are in a hurry, it is sufficient to take in the morning 1 cup of yogurt mixed with half a teaspoon.

But don`t forget to consult a doctor!

For better effect, the spices should be used frequently, and in some periods constantly, but before you do first consult a professional or a medical expert. Every plant doesn`t have the same effect on the organism, so there are possible negative side effects, particularly when if you are on some drug therapy.