Apples take the fourth place after grapes, oranges, and bananas in world fruit production. Although apples are not the most widely culti­vated fruit, they are considered to be the “queen of fruits.” This may be due to the fact of its enor­mous culinary and medicinal virtues since this fruit practically combines with all other foods.

Apples contain 12.6% carbohydrates in the form of sugars, and aside from that no other nutrient stands out substantially in the apple’s composition. The sugars are primarily fructose (fruit sugar) and lower proportions of glucose and saccharose. Apples contain very small amounts of fats and proteins. Among its vitamins are C and E and its minerals include potassium and iron, although in limit­ed amounts. Nutritional value of apples provides 59 calories per 100 grams (59 kcal/100 g).

Considering this rather ordinary nutri­tional composition, it is hard to imag­ine the extraordinary dietary and therapeutic properties that make apple a true medicinal food. Although the apple’s composition by itself does not justify its therapeutic effects, its non­nutritive components do. These components are found in plant-based foods and do not provide energy but their effect is extremely beneficial for our body and health. Nutrition science in recent years is making amazing discoveries of these components in fruits and vegetables and their health benefits. For example, more than 170 phytochemicals have been discov­ered in the orange, the same applies to apples even though the research is not done thoroughly. These are few of the apple’s non­nutritive components known and their benefits:

Pectin: This hydrocarbon is not ab­sorbed in the intestine, and forms most of what is called insoluble vegetable fiber. Most of the 2.4 g/100 g of fiber in the apple is pectin. Only 1/5 of the fruit’s pectin is in the peel, therefore, when the apple is peeled only a small portion is lost. Pectin retains water and various waste products in the intestine, acting as an intestinal “broom” that facilitates the elimina­tion of toxins with the feces.

Organic acids: These represent 1 % to 1.5% of the apple’s weight, de­pending on variety. The most preva­lent is malic acid, although citric, suc­cinic, lactic, and salicylic acids are al­so present. As happens with citrus fruits, when these organic acids are metabolized they produce an alkaliz­ing (antacid) effect in the blood and tissues. These acids also renew the in­testinal flora and prevent intestinal fer­mentation.

Tannins: The apple is, after the quince one of the fruits rich­est in tannins, which is astringent and anti-inflammatory.

Flavonoids: These constitute a group of phytochemicals present in many plant-based foods that are capable of preventing the oxidation of low-density lipoproteins (substances that carry cholesterol in the blood). In this way, flavonoids keep cholesterol from depositing on arterial walls and stop the progress of arteriosclerosis (hardening and narrowing of the ar­teries). Apples contain a variety of flavonoids, the most active and im­portant of which is quercetin because of its antioxidant effect. Apples are the richest plant-based foods in quer­cetin.

Boron: This little-known mineral plays a variety of roles within the body that are currently being studied. One of these seems to be facilitating the as­similation of calcium and magne­sium, meaning that boron may con­tribute to the prevention of osteoporo­sis. Apples are among the fruits richest in boron. These substances partially explain the many medicinal properties of this simple but exceptional fruit: anti-diarrheic, laxative, diuretic, depurant, hypolipidemic (reduces blood lipid levels), choleretic, nerve tonic, alkalizer, and antioxidant. Because of this, eating them daily benefits both those who are healthy and ill, particu­larly in these cases: 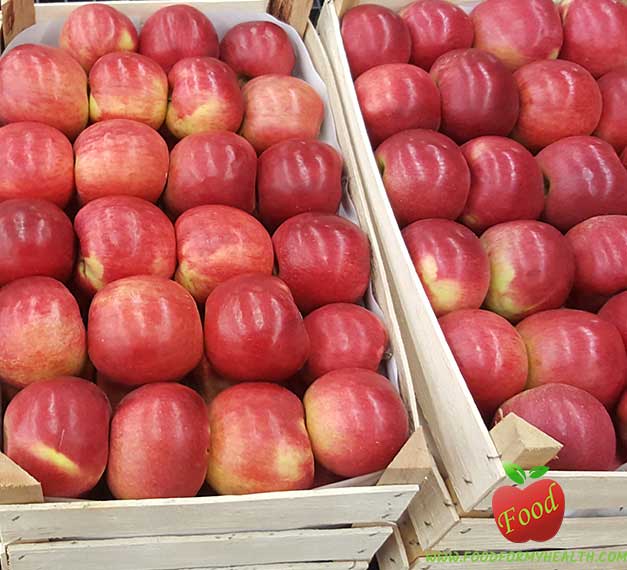 Raw: Peeling is recommend­ed because, in spite of what many believe, the small amount of pectin and vitamins in the peel do not favor eating it. The peel can contain pesticides, and it is diffi­cult to digest.

Applesauce: A glass grater is best for this purpose because it is an inert material. However, modern stainless steel is ade­quate. Applesauce is recom­mended for children, the elderly, and those weakened by illness.

Baked: This is a delicious and highly digestible way to eat ap­ples.

Cooked: Apples prepared in this way should be eaten with the cooking liquid. These are easy to digest and appropriate for chil­dren.

Juice: Natural unprocessed juice is preferable to that pre­pared industrially.

A treat­ment with ap­ples is done by eating two ki­los of apples a day for 3 to 5 con­secutive days. Water may be drunk. The apples may be eaten raw, as applesauce, baited, or cooked but without additional sweeteners. This treatment may be repeated several times a year.

There have been cases of diarrhea, particularly in children, because of drinking commercially bottled apple juice.

Curiously, this only happens with the bottled clear, transparent juice, and not with natural juice that is cloudy in appearance.

Investigations conducted in the Netherlands have shown that dur­ing the industrial process used to clarify the juice certain non-absorbable mono and oligosaccharides are produced. These carbohydrates, together with an excess of fructose in relation to glucose, and the pres­ence of sorbitol, explain the diar­rhea that can result from drinking indus­trial apple juice. 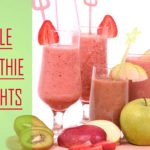